IS THE GOLD WINDOW CLOSING? 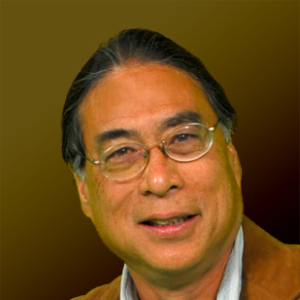 notice to all clients–as of yesterday all the major bullion houses with sell lots of gold coins when they can replace physical sold.  The gold window appears to be closing.   Another historic repeat.  Until this condition changes I will only fill orders with new purchases made from local sources at the current market premiums over spot.

After receiving the above email, I called Terry, i.e. Ralph T. (Terry) Foster, gold coin dealer and author, Fiat Paper Money – The History and Evolution of Our Currency. He explained the gold market had been tight for months and is now even tighter, resulting in his message to clients.

Foster said that small and medium-sized orders for gold coins can still be filled (at higher premiums), larger orders, i.e. $1 million plus, however, are no longer being filled by wholesalers. Later, I received another email:

Darryl and Martha:  Thank you for your kind concern. Since your phone call  I have had 5 people wanting to buy gold and silver coins from my business.  As coins they want to purchase are not available from the wholesale suppliers I could not them sell any.  Time will tell how this event will play out. ~ thank you  Terry

Terry’s use of the term “closing the gold window” refers to a state where spot gold is no longer available, no matter how high the bid in fiat currencies;  a condition described by monetary scientist Professor Antal E. Fekete as “permanent gold backwardation” see Antal Fekete: Gold Backwardation and the Collapse of the Tacoma Bridge.

The historical term “closing the gold window” refers to a unilateral act by the US in 1971 to renege on its international gold obligations by removing the gold-backing of the US dollar. After WWII, the US had spent so much money overseas supporting a global military presence that by 1971 US gold reserves were so low the US could no longer pay the gold it owed to others.

The consequences of  “closing the gold window” in 1971 were covered by  Professor Antal E. Fekete in Fiat Money in Death Throes (2009) which connects that historic act to today’s global crises

When on August 15, 1971, Richard Nixon defaulted on the gold obligations of the United States and declared the irredeemable dollar the “ultimate” means of payments and liquidator of debt, he was relying on the expert advice of Chicago economist Milton Friedman.

Five years later the world’s oldest central bank, the Swedish Riksbank would bestow upon Friedman the prize it established in memory of Alfred Nobel. The reward would be in recognition of the brilliance of Friedman’s idea that if a central bank robs the people piecemeal (read: it dilutes the currency at a fixed rate of, say, 3 percent per annum) then the victims would not cry “we wuz robbed!” They would never notice the robbery.

In all previous episodes, shame and disgrace were part and parcel of the government’s default on its promises to pay. Not so in 1971. In this latest experiment with irredeemable currency there was a new feature: far from being a disgrace, the default was presented as a scientific breakthrough; conquering “monetary superstition” epitomized by gold; a triumph of progress.

Sycophant governments and central banks overseas that were victimized by it and had to swallow unprecedented losses due to the devaluation of the dollar were not even allowed to say “ouch!” They were forced to celebrate their own undoing and hail the advent of the New Age of synthetic credit, irredeemable currencies and irredeemable debts.

The regime of the irredeemable dollar was put to the test soon enough. In 1979 the genie escaped from the bottle. The price of oil, silver, and gold were quoted at twenty times that prior to 1971; in the case of sugar the rate of increase was more like forty times, so much so that the Coca Cola Company found it too expensive to put into coke and started using corn syrup instead. Interest rates were quoted in double digits well past the teens. There was panic across the land and around the globe. Hoarding of goods became a way of life. Everybody was expecting the worst.

It was at this time that the notion of “targeting inflation” was invented. Previously the claims of central bank power were rather modest. Central banks were supposed to target short-term interest rates. Later they graduated to targeting the money supply. Now they were claiming supernatural powers of micromanaging price increases. It was apparently working, and the genie was put back in the bottle.

In the intervening three decades policymakers and mainstream economists became ever more confident that in inflation-targeting they have found the holy grail of irredeemable currency. Professor Frederic Mishkin of Columbia University, a former governor of the Federal Reserve, published the gospel of inflation targeting with the title Monetary Policy Strategy in 2007. In his book he calls inflation targeting “an information-inclusive strategy for the conduct of monetary policy.”

Martin Wolf, the chief economic columnist of the Financial Times of London explains: inflation targeting makes allowance for all relevant variables — exchange rates, stock prices, housing prices and long-term bond prices — via their impact on activity and prospective inflation. This, then, is the new modified holy grail. Cast your net wide enough to catch all that you want to control. If you do it boldly, you will make people believe that the government can control everything it wants to control. It is amazing how much can be accomplished by piling prestidigitation upon prestidigitation.

Ironically, disaster struck just at the time when the prophets of inflation-targeting became cocky beyond any measure of modesty. They actually had a whole debate going on in American journals, but also English ones. Ben Bernanke, who in the meantime was made the chairman of the Federal Reserve, contributed the keynote address and the title to the debate: “The Great Moderation”. Their description, up to and including the beginning of 2007 of what was happening in the macro economy, was a reduction in the volatility in the trade cycle: more consistent growth, less bouts of inflation, more stability.

The London Times published a jubilant piece as recently as early 2007 with the title “The Great Moderation” which began with the line: “History will marvel at the stability of our era.” It was not meant to be a joke. It was meant to be believed. Complacency about the almighty nature of monetary policy reached its peak. They celebrated the success of inflation targeting just when it started to unravel. Policymakers, central bankers, and their lackeys in academia and journalism, felt inordinately proud of themselves. They thought they held the whole world in their hands.

The celebration and self-congratulation was premature. Bernanke & Co. did not know that they were about to be humbled by the markets. Blinded by the glare of their own glory, none of them foresaw the coming disaster [the 2008 financial crisis]

… A government can take total control of the people either by the use of military force, or by the use of irredeemable currency. The former is readily understood, while the latter is a subtle national drug that is not generally recognized as such. Rather, it is readily embraced by its victims. For these and similar reasons irredeemable currency is the favorite device of modern governments that want to bring people under total control. Indeed, it enables the government to succeed in controlling the masses while, at the same time, earning their approval and even their enthusiastic support. Irredeemable currency must be seen as the habit-forming drug that the government uses to intoxicate people. Under this intoxication people will want more and more national spending, more and more government control, and more and more debt.

This intoxication obscures the sad end that arrives when the merry-go-round is coming to a jerky halt, when credit is exhausted or withdrawn, and the kitty is found empty. The nation is facing a most serious economic disaster followed by prolonged economic pain. Unfortunately, government economists, university professors, and financial journalists have taken their share of the fun and they failed miserably in their duty to forewarn people of the coming disaster.

It is useless to expect a mass movement on behalf of a sound currency. The daily experiences of people provide them with a warped outlook. They confirm in their minds the alleged virtues and benefits of an infinitely inflatable currency. People lack sufficient understanding of monetary science to see that no currency can be made infinitely inflatable without inviting disaster. Like a drug addict, people exposed to irredeemable currency do not regard it as a dangerous and undermining narcotic agent. Even the loss of purchasing power does not disturb them to any great extent.

Their response is to demand more money, and they take pride in the fact that the government listens sympathetically to their demand. They welcome the soaring stock indexes and real estate prices, and put great stores on them. Heavy taxes and burgeoning debt are not regarded with anxiety. A frequent and common agitation is forever more government spending.

What this means is that there is no hope for change through peaceful means. When change finally does come, it will be through violence. When the economic pain inflicted on the people reaches unbearable heights, law and order will break down, anarchy and chaos will ensue.

I was fortunate to know Professor Fekete both as a friend, mentor and colleague.  After Professor Fekete favorably reviewed my book, Time of the Vulture, he invited me to speak at his Gold Standard University in Hungary in 2007.

In 2008, at the Gold Standard University I met Sandeep Jaitly whose concept of the co-basis immeasurably added to the Professor’s study of the gold basis. Professor Fekete called Jaitly’s co-basis, the Armageddon Alert for its ability to predict systemic stress in financial markets, see Gold Basis as a Trading Tool and Armageddon Alert with Sandeep Jaitly and Professor Antal Fekete

That Professor Fekete presciently predicted today’s crisis, see The System Will Collapse, was not the Professor’s intent. His intent was to prevent it. The forces that prevailed, however, greed and power, were sufficient to ensure his voice was marginalized, his solutions untested and his warnings ignored. That today, Ralph Terry Foster noticed the inability of today’s markets to meet the demand for gold and silver coins may indicate the state of permanent gold backwardation he predicted is approaching.

Professor Fekete passed away on October 14, 2020 in Budapest, Hungary. The Professor Antal E. Fekete Memorial Lecture Series will be held September 4th and 5th, 2021 at Imperial College in London should circumstances, i.e. COVID-19, safely permit. Sandeep Jaitly, Ralph Terry Foster, I and others will be speaking. For information contact [email protected]

Leverage and its unwinding

Futures markets and bills of exchange

History and future of fiat ‘money’

Buckminster Fuller: Fullerenes and the Crisis Without Precedent

Darryl Robert Schoon graduated from the University of California at Davis in 1966 with a B.A. in political science. After one year at Hastings College of the Law in San Francisco, he dropped out, moved to the Haight/Ashbury and became immersed in the hippie subculture. Today, he is known for his writings and talks on the economy and metaphysics. He has been invited to speak on both subjects around the world.